While it’s possible to string a recurve bow by hand, we highly recommend using a bow-stringer. A stringer is made of durable nylon material, it’s very cheap, and will significantly increase your security; if you decide not to use one, be aware that there are many tales of people who got hit in the eye when they attempted to string a recurve without using stringer, so do yourself a favor and avoid their mistake.

How To String a Recurve Bow 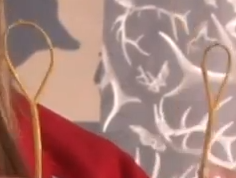 Let’s move on to our five easy steps.

Take the larger loop of the stringer and slide the top limb of your recurve bow through it. Snap the limb gripper onto the limb and slide it down the limb until it can no longer slide any further, as seen on the picture below: 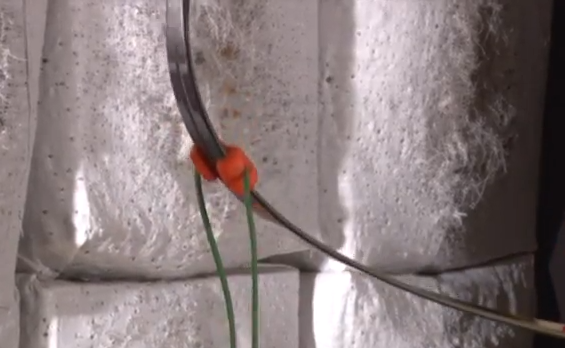 Take the larger loop of your string and pull it through the large loop of the stringer (the one that you just attached to the bow limb). Now place that larger string loop onto the top limb of your recurve and slide it down until it is perfectly flush with the stringer’s limb gripper. 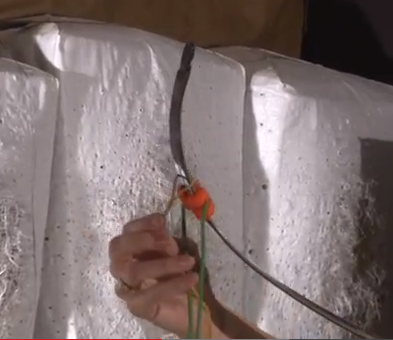 Take the smaller loop of the string and slide the bottom limb of your recurve bow through it. Make sure that the loop fits nicely into the string-groove at the top of the limb.

Take the smaller loop of the bow stringer and slide the bottom bow limb through it, then snap the limb gripper onto the limb and slide it down the limb until it won’t slide any further.

Grab your bow by the riser and lower it to the ground, then step with both your feet over the stringer (do not step over the string itself!). Now pull the bow upwards with one arm, while using the second arm to slide the top (larger) loop of the string into the string-groove in the limb. 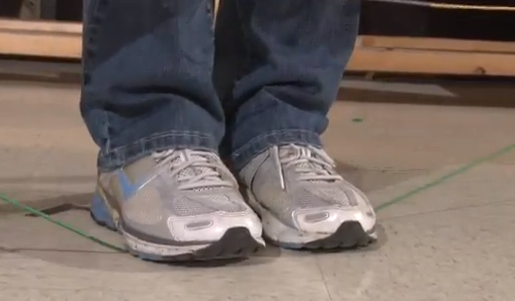 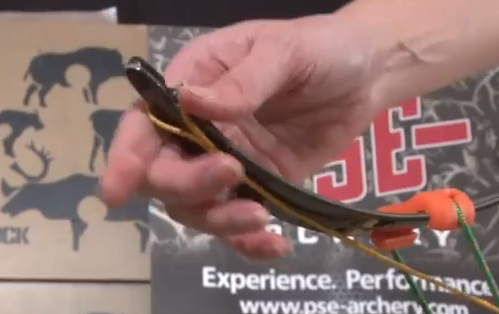 That’s it! Your recurve bow is now properly strung and ready for shooting. Just take a moment to inspect the final outcome and make sure that the string is positioned perfectly inside the the limb grooves.

Here’s a quick rundown of the steps above for your reference:

If anything is unclear, please leave a comment below and we’ll be happy to help.